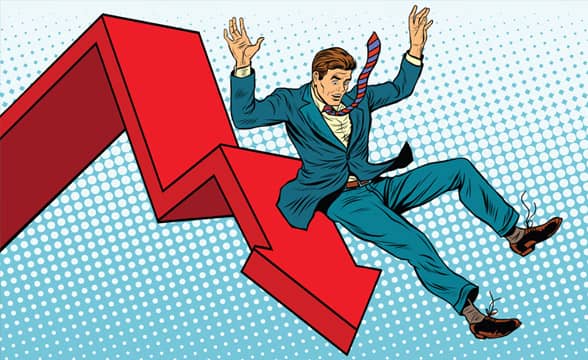 Casino employment in Atlantic City fell significantly in July, the monthly report from the Division of Gaming Enforcement (DGE) showed. Due to the slow rate of recovery from the impact of the coronavirus, the city’s 9 casinos employed 15% less people compared to July 2019.

July 2020 saw casinos in Atlantic City employ 24,880 people according to the released report which a local media, Press of Atlantic City, dissects, 4,261 fewer than the total number employed by the same establishments in July the year before. Moreover, according to the DGE, the total employment figure includes a significant number of individuals on furlough, implying the actual unemployment rate among casino workers is much bigger.

Lots of casino workers remain on the payroll but are not back to work due to restrictions on indoor dining and beverage service, Bob McDevitt, president of the labour union Unite Here Local 54 which represents more than 10,000 Atlantic City casino employees, outlined. The union currently has less than 50% of its members re-called.

His concerns are reiterated by Steve Callender, president of the Casino Association of New Jersey and Caesars Entertainment’s regional president for Atlantic City, who is convinced that indoor dining is vital in bringing more people back to the venues, and unless the state eases the restrictions, casino employment situation may not improve.

Casino employment in July comprised of 14,852 full-time positions and 1,446 part-time jobs, with the remaining 8,582 also including seasonal staff and furloughed employees. But even prior to casino closures March 16, employment numbers in Atlantic City casinos for February were down more than 1,200 jobs, to 26,450, compared to the same month a year before.

After re-opening in July, stifled under state imposed limitations regarding capacity, the 9 casinos in the city reported 23% decline in gaming revenue year-on-year, putting an end to a 21-month streak of revenue increases. Casino employment is unable to return to pre-closure levels when revenues are falling.

Casinos are not the only business establishments where employment is declining, as the US Bureau of Labor Statistics in its June report showed the unemployment rate for the Atlantic City-Hammonton area was 34%, nearly 7 times more than the rate for the region of 5.7% pre-pandemic.

It turns out a prediction made in March about which metropolitan areas would be most hit from the coronavirus was on point, when placing Atlantic City, even before Las Vegas, among the highest hit due to more than a third of its jobs being in the leisure and hospitality industry, one of the sectors facing uncertainties.

Here is a summary of the employment numbers by casino:

If you enjoyed reading about "Atlantic City Casino Employment Deteriorating in July", then check out more posts in Gambling News category: